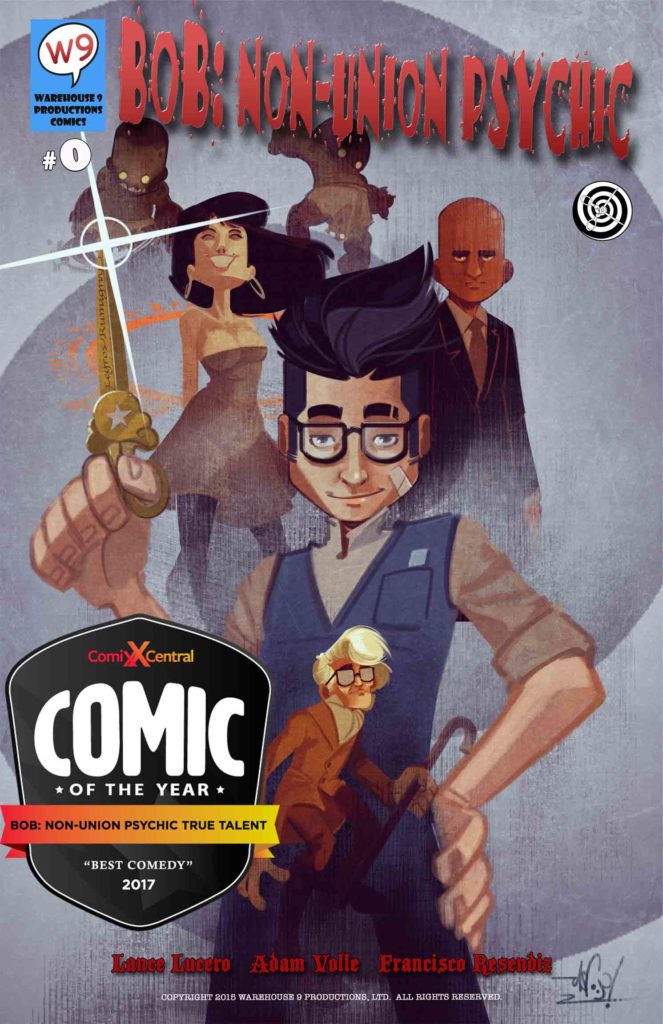 This is not your usual paranormal adventure. This is about the rise of a new kind of hero. Or, rather, the reluctant rise of a hero…

Meet Bob Holbreck –  Renegade Psychic, Professional Hairstylist.  He owns and operates a nice little barber shop in the trendy part of town.  His clientele is growing with loyal customers. Bob truly knows what looks good on a customer before they do.

How does he do it?  Well, Bob has other talents.  There are those who may consider it a gift.  Like his great-grandfather, who is at odds about Bob’s current career choice.  Gramps wants him to cash in on his psychic abilities.

That’s right; Bob has mad psychic abilities.  It’s tough for Gramps to see his progeny’s talents go to waste.  Bob can do it all: he can see the life force, or “aura,” which surrounds every living human being.  He can have visions of the past and future upon contact.  Bob can see spirits and other forms of energy existing with the world of the living.  Not only can he see them, he can interact with them, even dispel them if necessary.

Bob does not consider his psychic powers to be a gift, though.  It’s more like an overwhelming nightmare.  It pains Gramps to see Bob’s lack of motivation, passion, and adventurous spirit when it comes to dealing with the supernatural world.  Gramps has high hopes that Bob will become a paranormal superstar.  Heck, he even has a shot to get into the prestigious Psychic Union.

Bob has no choice but to follow in Gramps’ footsteps when a powerful ancient creature called the Hux, a beast that has been the scourge of his bloodline for the last millennia, is accidentally unleashed by a fortune-hungry archaeologist.  Whether Bob likes it or not, it’s time for him to show his psychic skills.  He must fight before the beast kills again.

And keep up with those hair appointments as well… 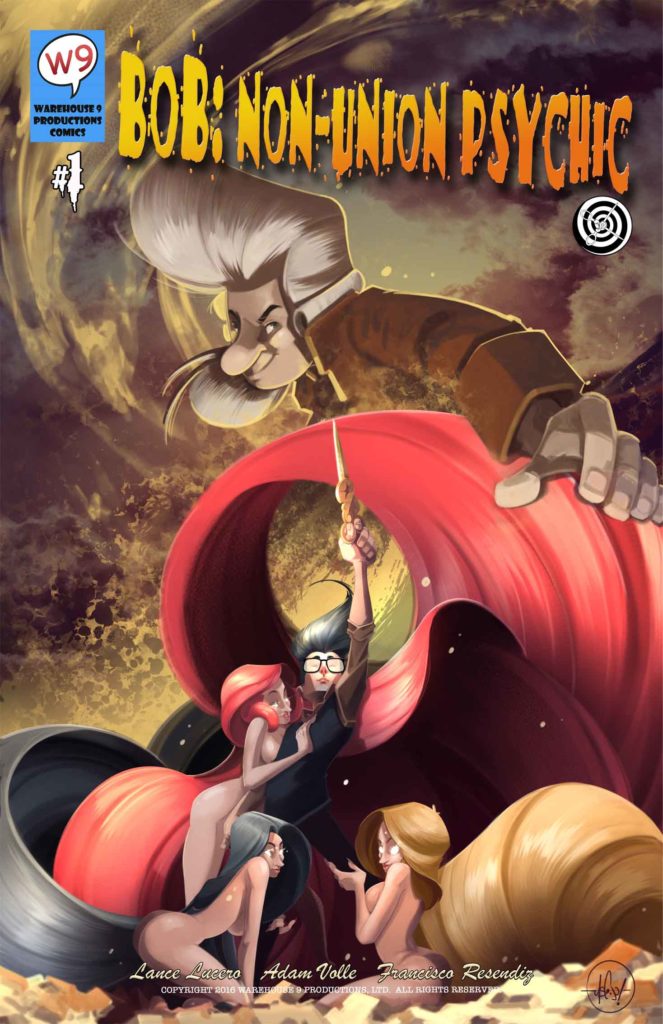 Just who is LEGROS DE RUMIGNY, whose signature is inscribed on Bob’s lucky golden scissors – and what terrible ramifications did his discovery have for the world?  Follow Bob and his great-grandfather as they unravel a historical mystery.

Bob is honing his psychic and hairstyling skills in this new adventure.  He gets tangled up in a mess of cursed hair that has been a scourge on the head of humanity for ages.

Our hero rises from obscurity and conquers, even as the Psychic Union tries to steal his thunder. 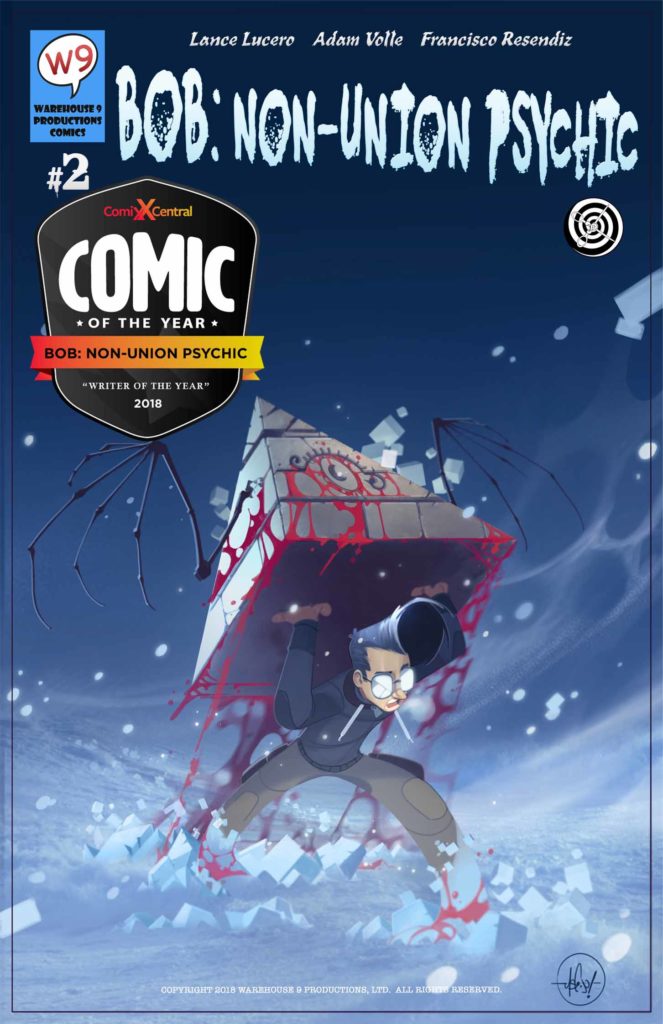 Bob’s side career as a psychic-for-hire is finally taking off.  As a matter of fact, it’s starting to crowd out his hair clients, which becomes a problem for him.  But when a serial killer starts putting his fellow barbers in the morgue, Bob finds himself on a collision course with that greatest of guilds, that cult of collective bargaining – The Psychic Union!

It all comes to an amazing conclusion in the final issue of the trilogy!